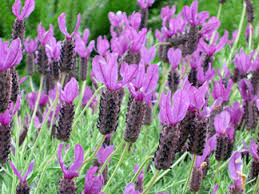 Crude oil is a complex mixture of thousands of hydrocarbons and nonhydrocarbon compounds, including heavy metals. Soil that contaminated by crude oil is one of the serious problem in the world because the contaminated land is a potential threat to human health and environment. This is continual discovery over recent years has led to international efforts to remedy many of these sites, either as a response to the risk of adverse health or environmental effects caused by contamination or to enable the site to be redeveloped for use.

There are so many techniques to remedy this contaminated land, like using hightemperature incineration, various types of chemical decomposition (e.g., base-catalyzed dechlorination, UV oxidation), and bioremediation. High incineration and chemical decomposition can be very effective at reducing levels of a range of contaminants, but have several drawbacks, principally their technological complexity, the cost for small-scale application, and the lack of public acceptance, especially for incineration that may increase the exposure to contaminants for both the workers at the site and nearby residents. Bioremediation is an option that offers the possibility to destroy or render harmless various contaminants using natural biological activity. As such, it uses relatively low-cost, low-technology techniques, which generally have a high public acceptance and can often be carried out on site.

Two type of bioremediation are bioremediation using microorganism and phytoremediation. Phytoremediation is the use of green plants to remove contaminants from soil and groundwater or to lower contaminant mobility by using phytoextraction, rhizofiltration, phytovolitization, phytostabilization, or phytotransformation (Madrid et al., 2003). The plant that using in this reaserch is Lavandula stoechas (Lavender), the plant species from family Lamiaceae. V. Angelova (2007) reported that lavender extremely suitable for phytoremediation purposes. lavender accumulates heavy metal from the soil through the ground parts (stems, leaves and inflorescences) and a small part is inhibited by the roots. From this paper known that heavy metals do not influence the development of the studied crops, as well as on the quality and quantity of the oils obtained from them. (Rani Anggraeni, S.Si., M.Si.)